Looking back on 2021 | medals for reserve Gendarmes, long-service awards and medals at ISL

Looking back on 2021 | medals for reserve Gendarmes, long-service awards and medals at ISL

On the occasion of the traditional Christmas event, the two Directors of ISL, Christian de Villemagne and Michael Meinl addressed their Season’s Greetings to ISL staff. Due to the health crisis, this event had to be broadcasted via videoconference. The Directors also took the opportunity to look back on ISL’s activities in 2021. 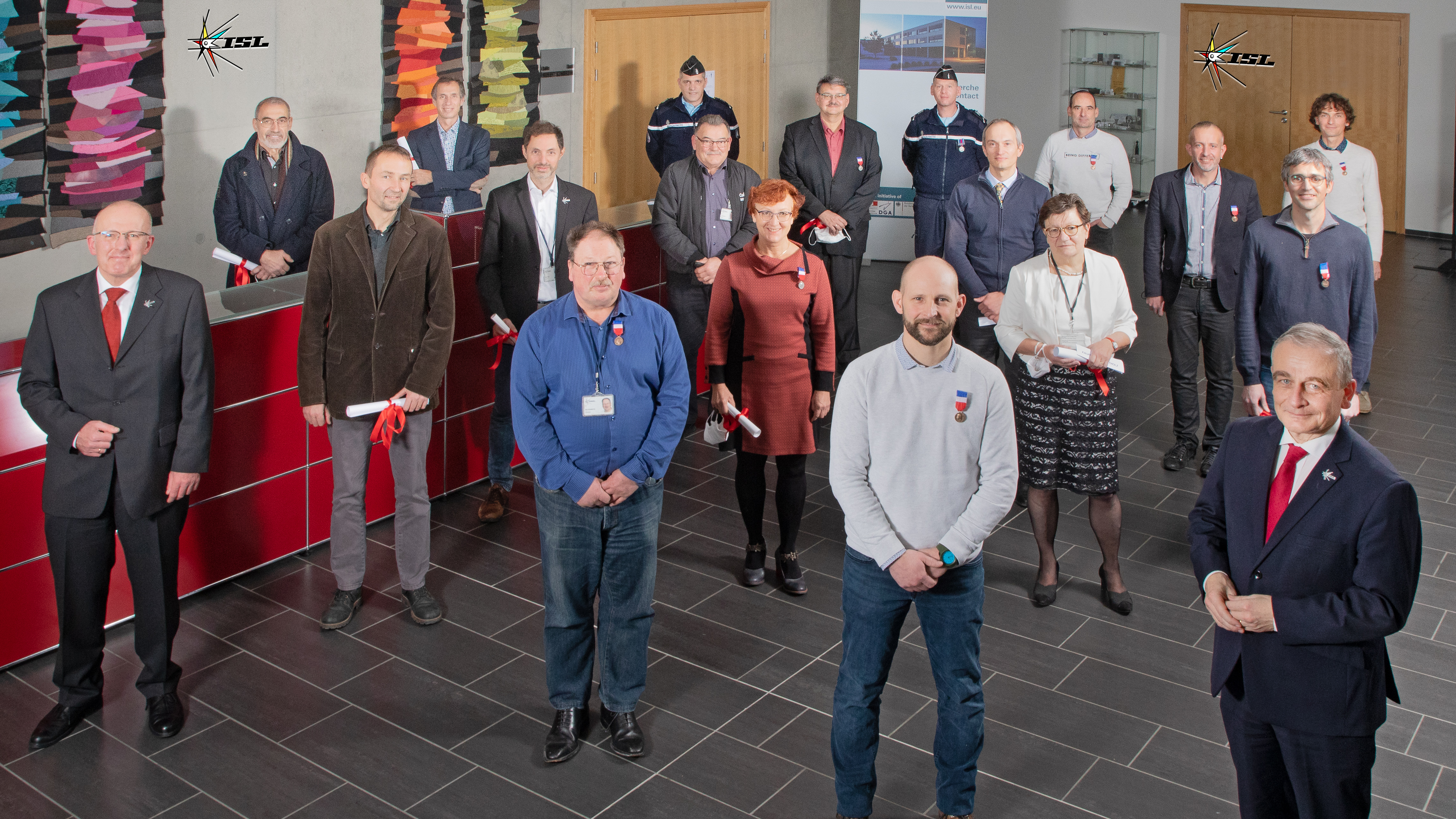 After a first auditing, ISL was awarded the “ISO 9001: version 2015” certificate by the independent consultant SOCOTEC Certification International in July 2021. This certification proves that the ISL’s quality management system is compliant with ISO-standards. It applies to all ISL activities for three years.

This certification is an important milestone for ISL. It confirms the long-term practice of a quality culture well installed at ISL. In addition, it gives ISL further incentive to carry on improving the quality of its processes. As an internationally recognised research institute, ISL anticipates on the future needs of its customers and partners.

Another notable event was the arrival of a new German Director Michael Meinl, who took up office on 1st December 2021 alongside the French Director Christian de Villemagne. Michael Meinl has a military career of more than 30 years and in-depth experience of French-German cooperation. He succeeds Dr.-Ing. Thomas Czirwitzky who left ISL on 1st October 2021.

Important events and visits despite the health crisis

Despite the health crisis, ISL was able to take part in several important events in 2021:

Even if many events in Germany were cancelled, ISL is pleased to have received visits from some important partners there, including the German Associations of Defence Industry BDSV and DWT. In addition, the Planungsamt (Planning Office of the Bundeswehr) located in Berlin, organised together with ISL a two-day-workshop in Saint-Louis. For the Planungsamt, ISL is an important pacesetter for innovations and catalyst of technological ideas.

ISL was also able to strengthen its relationship with the German universities. A strategic cooperation agreement was concluded with the Helmut Schmidt University in Hamburg. Its implementation concerns the exchange of PhD students with ISL over several years. Furthermore, ISL signed a special convention with the Centre for weapons and ammunitions of the Bundeswehr (WTD 91) in Meppen.

Regarding European projects, ISL has started the PILUM project on the electromagnetic railgun as project leader. The aim is to demonstrate that the concept of a railgun has enough potential to create a technology disruption. In comparison to traditional powder guns, this innovative railgun is able to accelerate projectiles to much higher speed, reaching a five times longer range.

In addition, ISL’s proposal on future artillery named FIRES was accepted as a European project. ISL has also presented four other projects in Brussels in order to conduct studies in several different research areas of ISL specialisation, including, for example, novel protection materials or the use of computational imaging for threat detection in military or civilian operation zones without direct line of sight to the target.

Among the numerous scientific achievements of the year 2021 feature the following highlights:

By order of the 14th December 2020, the Gendarmerie Reserve medal for defence and homeland security with the “National guard” clasp was awarded by Adjudant-chef Raymond Keck, deputy head of the Armament Gendarmerie (BGA) to following ISL staff members:

Around twenty long-service awards and medals

By decision of the Minister of Defence on the 28th July 2020, long-service awards and medals were handed over to the following ISL staff, as part of French MOD’s civilian staff:

For any question, contact-us here