Eurosatory 2022: ISL presents its activities to the President of the French Republic, focus on three areas of innovation

Eurosatory 2022: ISL presents its activities to the President of the French Republic, focus on three areas of innovation

The French-German research Institute of Saint-Louis (ISL), Jointly operated by the French and German Ministries of Defence, is exposing its recent innovations at the current edition of Eurosatory 2022.

This international defence trade show takes place at Paris from June 13 to 17, 2022 with a total of 1 700 exhibitors coming from 62 countries.

On this occasion, ISL is exhibiting several innovations conceived to meet the needs formulated by the Armed Forces with the objective of gaining operational superiority.

ISL’s mission is to create cost-effective innovations for the Armed Forces in order to protect soldiers and vehicles – from threat detection up to terminal protection and/or by dazzling and delivering destructive energy to adverse targets.

After the official opening of Eurosatory 2022, ISL had the opportunity to present its activities to President Emmanuel Macron, who was accompanied by the French Minister of the Armed Forces and the Chief of Staff of the French Army.

After the opening ceremony, which took place on Monday morning, June 13, 2022, the French President accompanied by his Minister of the Armed Forces and Chief of Staff visited exhibitors along the VIP gateway of the fair. On his way, he stopped at the GICAT stand where he discovered ISL activities presented by Christian de VILLEMAGNE, French director and Michael MEINL, German director of ISL.

Both directors underlined the binational spirit of ISL as a worldwide unique model. At ISL, two cultures join to boost creativity, leading to innovative solutions that are the basis for disruptive technologies. The ISL directors also highlighted the major assets of the Institute: its commitment to find solutions to be deployed in highly intensive conflicts and to offer protection solutions for dismounted soldiers and vehicles. ISL also works on innovations in the field of ammunitions, including loitering munitions and hypervelocity projectiles. Given the present geopolitical context marked by the War in Ukraine, ISL innovations correspond more than ever to the future needs of the Armed Forces. ISL is a model of cooperation, open to European partnerships and permanently networking and exchanging with civil and industrial partners.

Three areas of innovations presented on the ISL stand (Hall 5 A, C 168)

At Eurosatory 2022, ISL presents its new functional model of the electromagnetic railgun mounted on a naval platform together with several types of hypervelocity ammunitions.
Using electrical energy instead of propellant powder, the electromagnetic railgun launches hypervelocity projectiles at a velocity of more than 3000 meters per second (Mach 8). This permits ballistic trajectories to reach very long ranges (more than 200 km). This anti-air defence technology of ISL railguns offers protection to the Armed Forces against new threats, such as hypersonic missiles.
At European level, ISL is the only player mastering the electromagnetic artillery technologies. Leader of the PILUM project, ISL conducts a PADR study along with 7 partners coming from 4 different countries. The aim of this study is to prepare from now till 2028 the development of an operational demonstrator to be used on a shooting ground.

ISL develops STAMINA, an image-based AI-navigation technology embedded in robotics to meet operational needs. STAMINA is specifically embedded into the tactical versatile robotic platform AUROCHS, conceived by ISL itself. AUROCHS is a robotic platform offering superior speed and outstanding all-terrain crossing capabilities: “hand-free” guidance, autonomous navigation without GPS, transparent supervision of the embedded intelligence, autonomous driving in convoys. There are multiple applications depending on the mission: logistics to transport the equipment for soldiers, opening clearance of potentially mined trajectories, patrolling, etc.
STAMINA is also embedded in other terrestrial vehicles and can be mounted on drones.

On its stand, ISL is also exhibiting the new-generation hearing protection BANG/BIONEAR. With these tailor-made active earplugs, ISL is able to optimise and to combine hearing protection with communication functions: the perfect solution for mounted and dismounted soldiers regardless of the surrounding noise they may experience. Equally presented in this protection domaine: the new protective filter against adverse laser attacks such as those of laser designators. These filters are based on a combination of nanodiamonds synthesised in ISL laboratories and based on a hosting polymer. The filter activates itself when impacted with a radiation whose incident energy is above a certain threshold. Thus, the filter offers protection to optronic sensors against high-intensity laser threats in the infrared range. 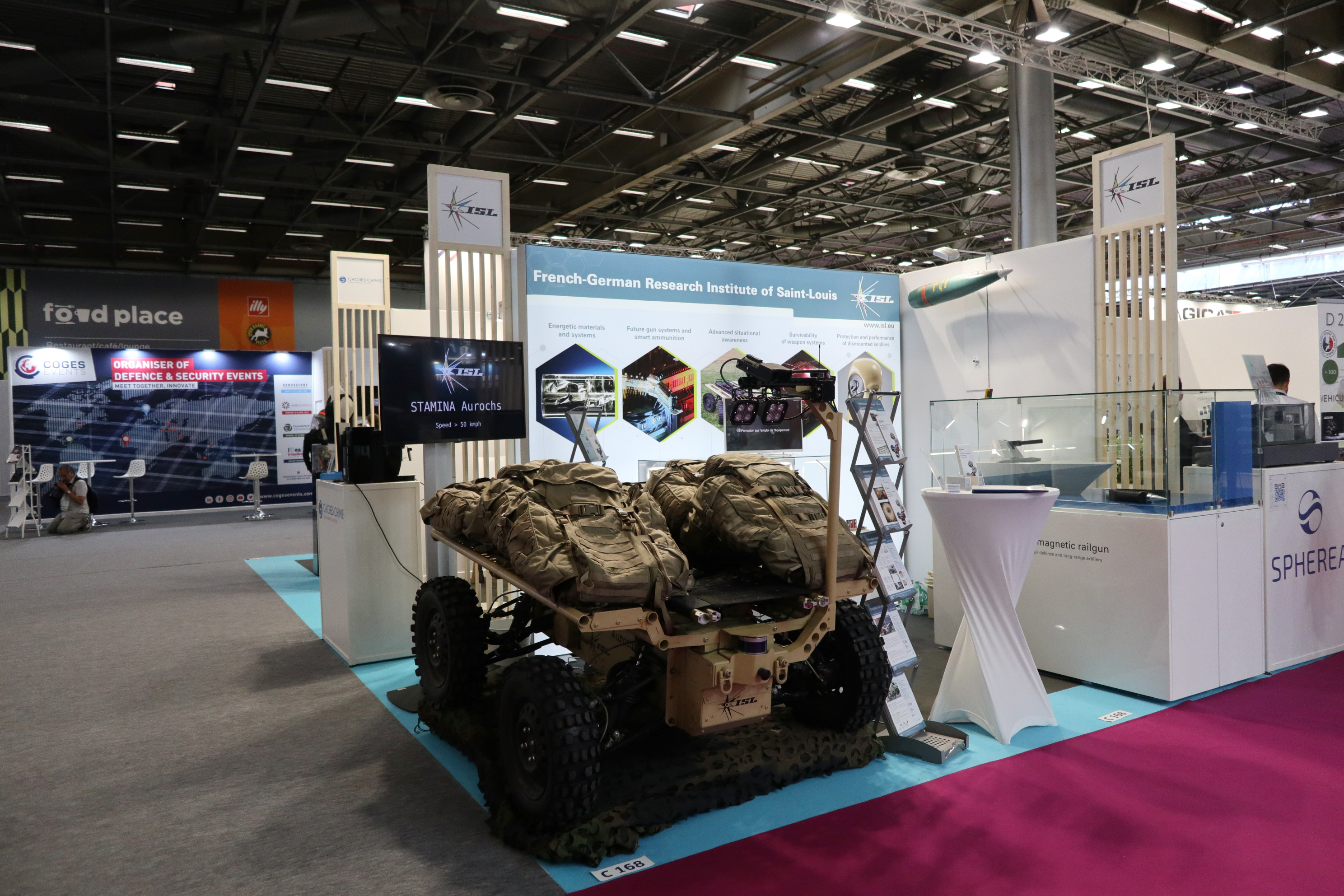 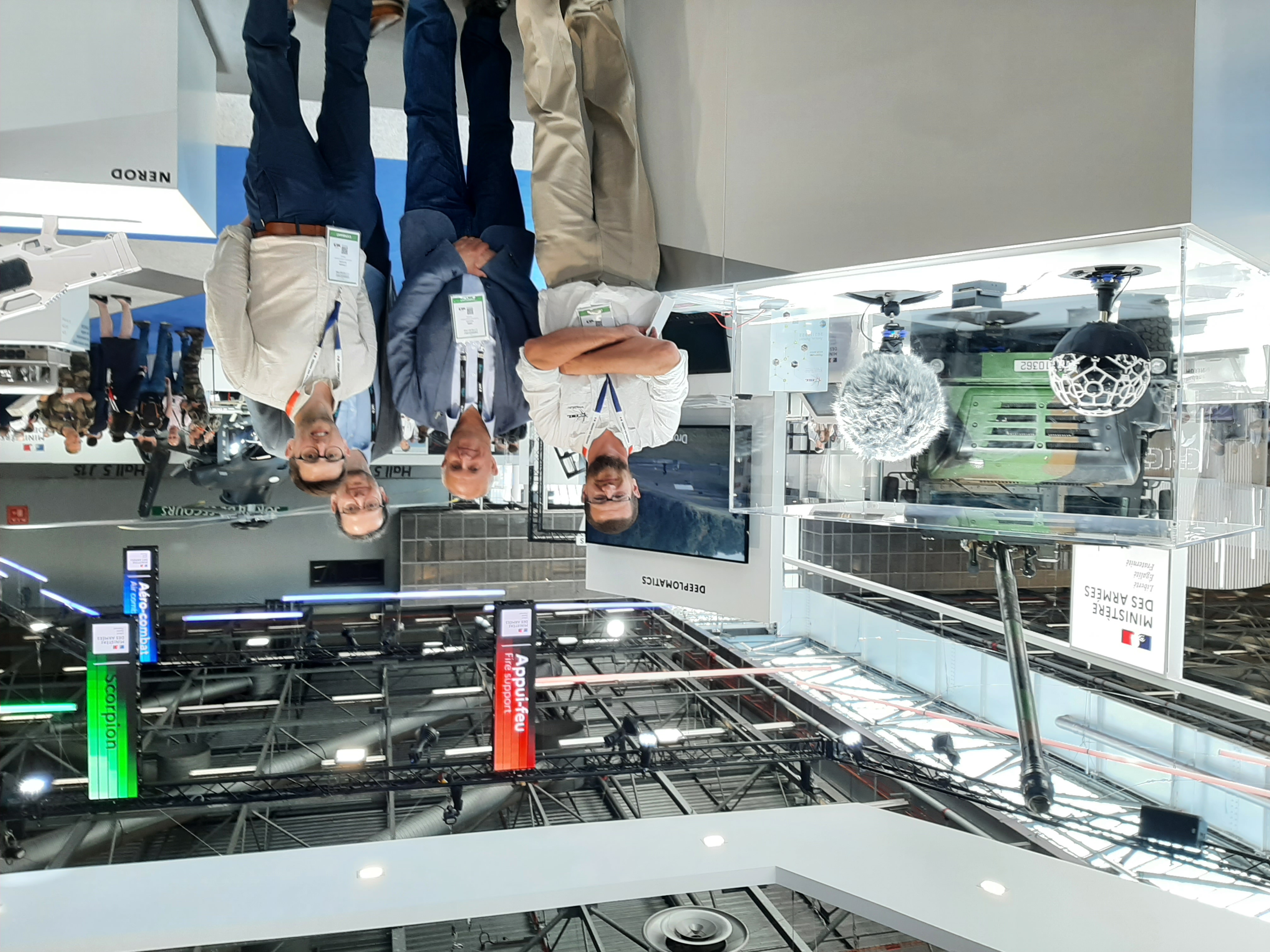